The History of the Ruana

What is a Ruana?

You've seen our ruanas - thick, warm, and worn around your shoulders - and they probably look familiar. While the word may sound foreign, the ruana (pronounced roo-AH-nah) is a style that's become common around the world. It may look like a shawl to those of us outside South America, but this unassuming wool throw is much more unique than that. Aside from its both fashionable and practical design, the ruana's rich and colorful history is a journey that spans centuries; through conquest and rebellion, servitude and freedom, and from one corner of the globe to the rest of the world.

Even the word "ruana" reveals some of its fraught history. In antiquated Spanish, ruana means "ragged,"  belying the Spaniards' turbulent past with its Andean creators. In Quechua, the language of several indigenous Andean peoples - especially in Peru - the word means simply "textile." But most likely, "ruana" originated from the Chibcha language of the Muisca people, the native people of what is now Colombia, where the word means "Land of Blankets" - an appropriate name for the heavy woolen garment.

While the ruana's design is not always uniform, it's always recognizable. Sometimes called "the four-cornered coat" in its native lands, it's essentially a split poncho. Much the same as its cousin, it's woven as a large square on a loom, but instead of a hole for the wearer's head, it has a long slit from hem to center. Occasionally, the ruana is not split and looks very much like a poncho, but is marked by its heavier weight and larger size, as ponchos are designed to be short and light. Its material varies somewhat - in most of the Andes, the ruana is made with virgin sheep's wool (wool unused and unprocessed before being woven), but Peru, with the largest alpaca population in the world, uses softer alpaca wool.

While the true origin of the ruana is unclear, it's largely believed that it was created in the Colombian Andes by the indigenous Muisca. What is universally agreed upon, however, is that the ruana is old, worn as early as the 15th century, decades or more before the Spanish set foot in the region. It was designed to be thick and heavy, warmer than a poncho to withstand the high-altitude chill of the mountains. Its size covers the body well, but it moves freely, making it perfect for working farmers. It was also made to be versatile, doubling as a blanket at night, a picnic spread on sunny days, or to be folded up as a cushion to sit on. Its all-purpose nature extended its use beyond farmers, and became a staple of every man, woman, and child. While the men's ruanas were cropped to their knees, women's were more likely to have fallen to their ankles, to be worn indoors while weaving, washing, and cooking. The ruana became so ingrained in Muisca culture that it was found everywhere - color and design denoted class and status, and they were traded as goods, ritually gifted between families at weddings, and most people were even buried in their ruanas to meet the next life.

Originally, ruanas had been made of heavy cotton grown by the Muisca, but after the arrival of the Spanish and their introduction of sheep in the early 1500s, the material shifted to the warmer and more practical sheep's wool, which is still used today. Not long after that, however, the Spanish conquered the region and its people, reducing the hardy Muisca to servants and slaves. The ruana, once a beloved and personal treasure, fell from grace to become a poor man's garment, worn only by those conquered, and it eventually became little more than a symbol of the lowest class. For centuries, the ruana would be regarded with distaste and contempt, used to mark its wearer with shame.

This attitude continued until the 1820s, when Simon Bolivar, a member of the Venezuelan creole elite and now a hero of South American history, led his army across the Andes to liberate modern-day Colombia, Ecuador, Peru, and Bolivia from the Spanish. He shed the fine clothing of the prosperous Caracas upper class, donning a humble ruana and sombrero and riding a horse on a series of successful military campaigns. With these victories the ruana quickly rose to become a symbol of independence, freedom, and pride across the region. 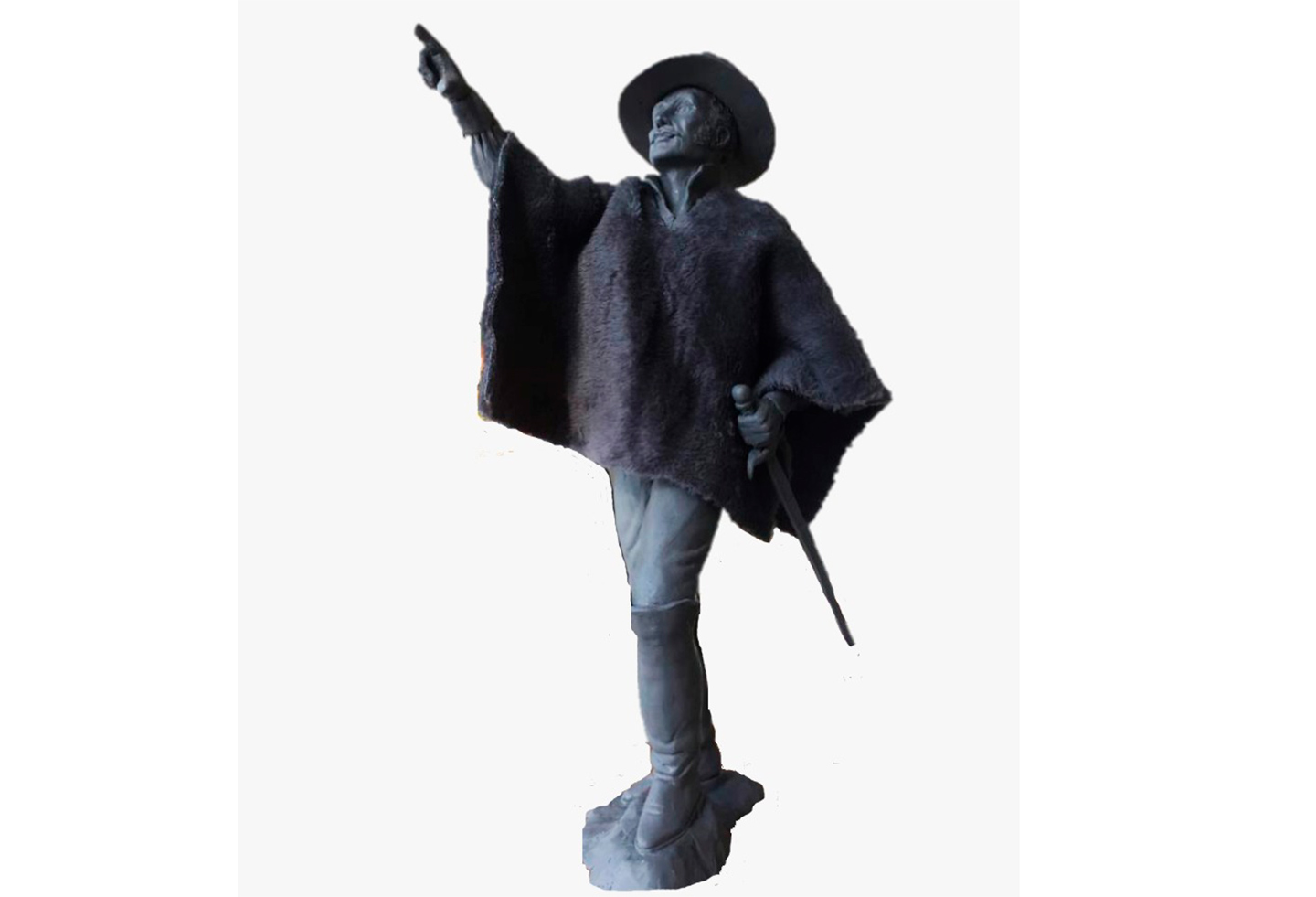 While it's difficult to determine exactly what caused the ruana's very recent surge in global popularity, one very likely possibility is that it started with Oscar Teatino, the Mayor of Nobsa, Boyacá in Colombia back in 2009. Nobsa, historically the home of acclaimed ruana artisans and the largest ruana exporter in Colombia, was beginning to suffer a drop in the industry as huge factories moved in and shifted the economy toward manufacturing. Mayor Teatino wanted to shine a spotlight on the ruana and his citizens, remind the world of the humble ruana, and ensure the preservation of its craft. And so, in a stroke of genius, he created International Ruana Day. To be celebrated on the third Sunday each May, a festival honoring the ruana and it's history would be held in the city's center, featuring music, fashion, and artisanship. Intending to make the first Ruana Day a spectacular one, Mayor Teatino organized the creation of the world's largest ruana, which was worn by the city's cathedral and recognized by the Guinness World Records. Since then, the Ruana Day festival has gained global attention and helped thrust the ruana back into the international market.

Today, the ruana has become a versatile and widespread fashion accessory. Despite its remote origins and unsung history, the design is recognized around the world, and new and creative styles have emerged around it. It's lauded as remarkably adaptable, not out of place at either a summer bonfire or an opera house, and the list of techniques to style it has grown well beyond the ruana's simple roots. Tossing one end over the shoulder like a scarf, both ends over either shoulder to make a cowl neck, securing one shoulder with a brooch, and belting it around the waist like a coat are just a few of the ways that the ruana can be found around the shoulders of millions. The Rugged Andes Trading Company offers ruanas made of fine alpaca wool that take a modern interpretation of this classic garment; you can check them out here. Enjoy!